To understand where our story in Niger began, we need to go back to the year 2017. The journey takes us through the unreal Sahara, along the very dangerous border with Mali… we arrive in the village of Amaloul, where all the inhabitants greet us enthusiastically. In November of the same year, we were able to set up the first Solartainer® Amali in Amaloul and provide the inhabitants with access to electricity. The blog post “The Pilot Project in Niger” takes you even further into the history of Amaloul and what else happened. 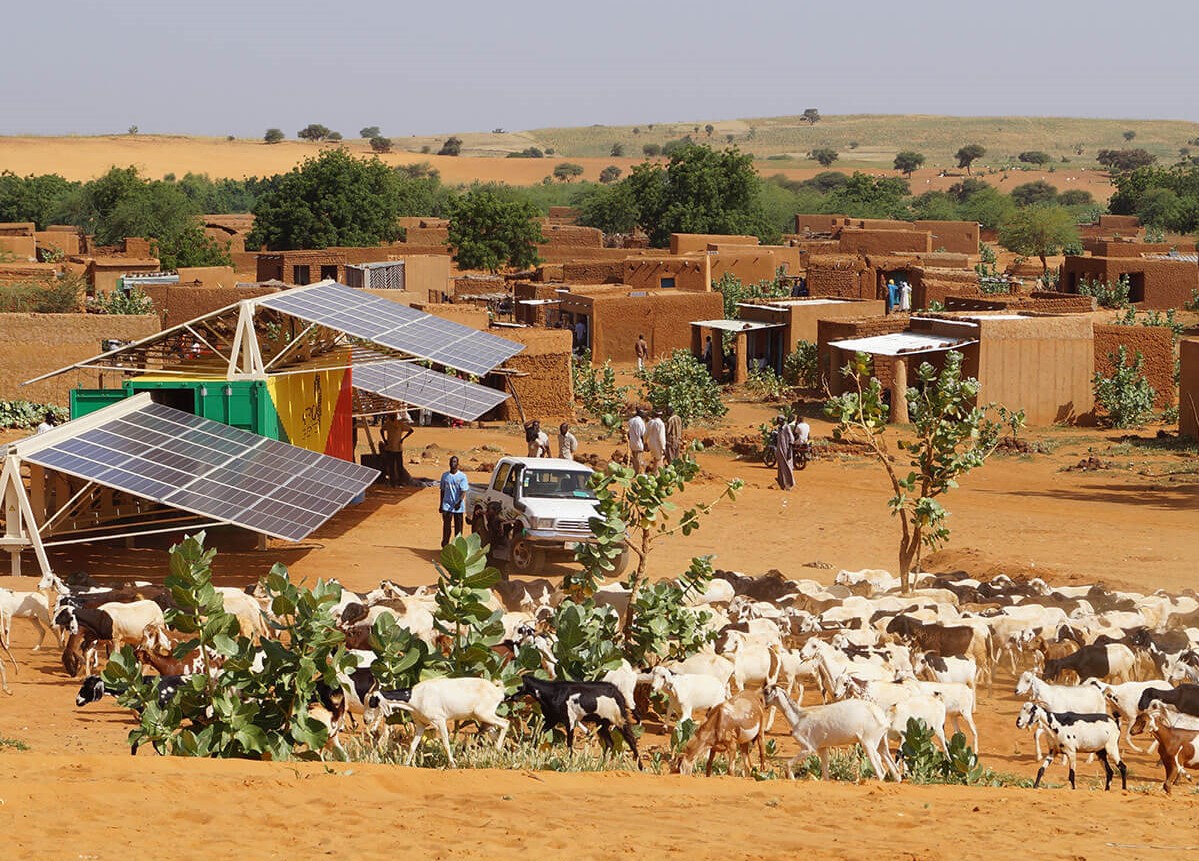 Pilot project (“1000 villages”) with the government of Niger

At that time the  Africa GreenTec team planned to implement a pilot project with the Nigerien government. President Mahamadou Issoufou had initiated a program called “1000 villages”, through which he wanted to connect 1000 villages in Niger to the power supply. His personal goal was to implement this within 5 years. Since it was a big part of his election promise, the government was actively looking for partners to make the plan a reality; and who would be better than Africa GreenTec to do so? We were excited about the program and ready to sign the contract. Amaloul was ideal for the pilot project because it is located quite far away from the capital Niamey and the power grid. It is relatively difficult to reach and has a suitable population (6,000 – 7,000 people). 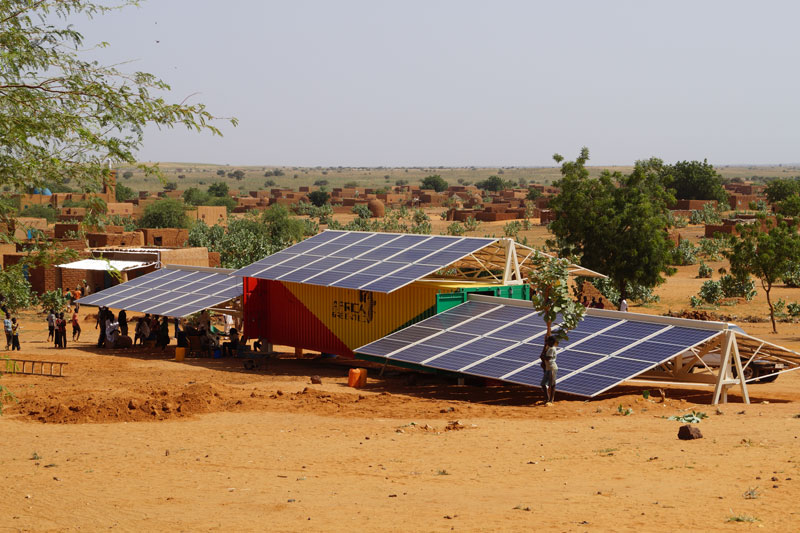 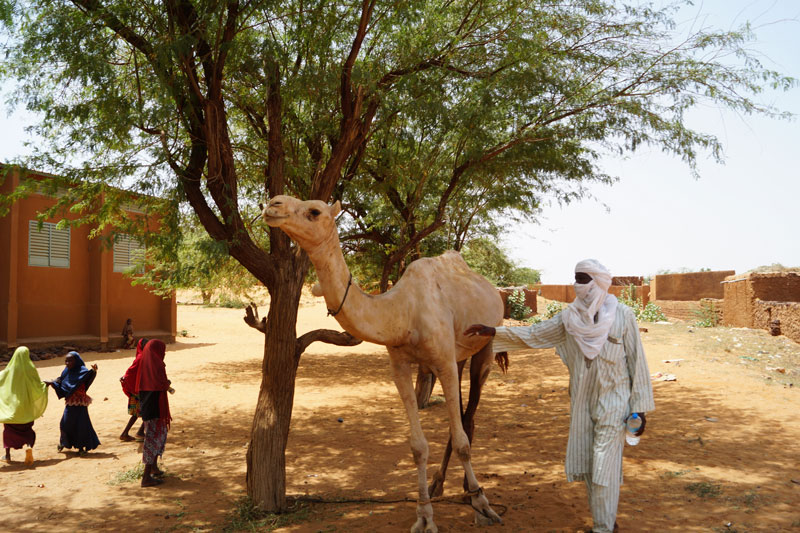 Back in Germany, the ZDF (popular television broadcaster in Germany) reached out to us. The political situation in Germany was very tense at that time, because we were in the middle of the so-called “refugee crisis”. Every day we saw pictures on television of people fleeing their countries towards Europe hoping for a better life, often losing their lives in the Mediterranean sea. Solutions were sought. We had won the environmental prize as a team shortly before. In the jury sat an editor of the ZDF, who knew that we were currently operating in Niger. Since the region where we planned our pilot project was the hub of the refugee routes in Sub-Saharan Africa and the ZDF had already planned a documentary about the refugee routes in this region, he was very interested in a second documentary about our work.

The trip with ZDF was already planned for September. So within 5 months the entire project planning, production and logistics had to be implemented. This was a great challenge for the whole team, as only a first prototype had been set up in Mali by this time (you can find more about this story in the article “The story of our first prototype in Mali”). In July, the dismantling and removal of the solar container was filmed in Hainburg and in September the filming started in Amaloul. The ZDF documentary “The Solar Power Makers” was created from the recordings. At the end of the project we could look back proudly, because the impossible had been done. True to the motto WE DO (NO MATTER WHAT).

At that time, our subsidiary in Niger already existed, but a power grid still had to be built. Therefore our Malian team travelled to Niger and supported them with the installation. In the end, 150 families (almost one third of the village) were connected to the electricity grid, as planned from the beginning. 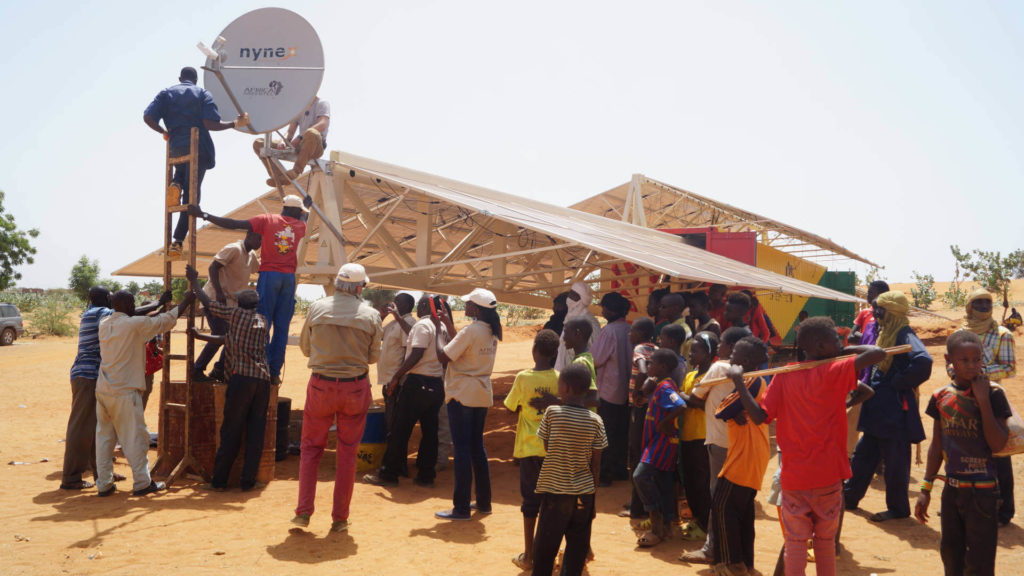 And how does it look today?

Three years later, the system is still standing. We are satisfied with the progress made in the village community. Apart from many successes, unforeseeable challenges arose repeatedly, as so often in these regions. Amaloul is located in a region where the villagers have to deal with extreme weather events more often. For this reason, we had technical problems with the radio communication in the smart meter system of the Impact Site at times, because strong winds destroyed one of our antennas. 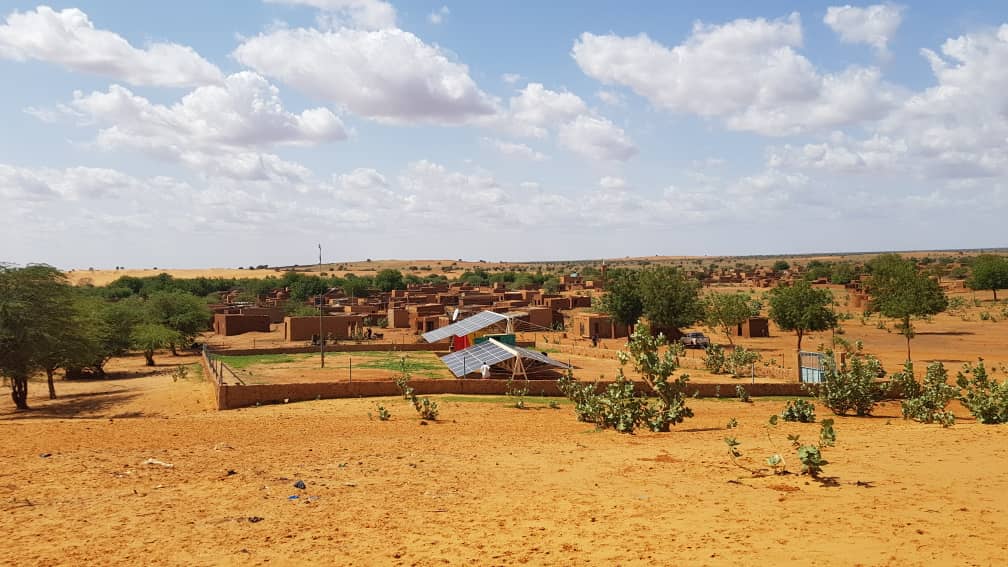 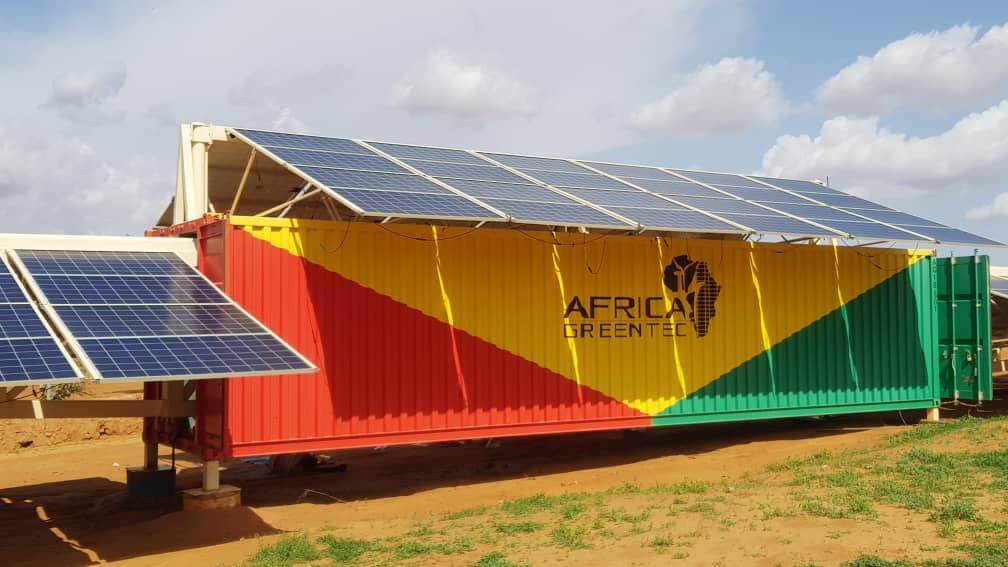 Last weekend, Ousmae Sidien (head of Africa GreenTec Niger) and his local team made their way to Amaloul to make sure that our technology was running smoothly. A major repair is planned for this weekend: The antenna was broken due to the strong winds that are common in the region. They now want to repair it on Saturday and further develop our technology in its robustness. The signals of the smart meters should be transmitted again without any problems so that the power grid can be used again without disturbance. The team has already built a kind of radio tower in order to be able to increase the transmission power in the future, the rest will be installed at the weekend. In addition, the air conditioning in the Solartainer was replaced, because extreme temperatures prevail on the edge of the Sahara and our further developed cooling system can be put to use here. Furthermore, hungry goats became another challenge and the improvisation skills of the Africa GreenTec employees were tested.

A wall was built so that the goats could no longer nibble at the cables. Because of the rainy season, whose torrential rains can generate enormous forces, additional trenches were built to let the water drain away.

How to go on: Electrify 50 villages through sustainable investment

In connection with the project in Amaloul, we were able to further expand our work in Niger and have signed a MoU (Memorandum of Understanding) with the government for 50 more villages in the country. We are very happy about this and see the enormous impact we will create with this. We want to start this major project and the expansion of the local operating company in Niger before the end of this year. For this reason, we recently carried out a survey in the village on the subject of satisfaction, which turned out to be positive and provided us with further insightful information. We are looking forward to being able to get off to a good start in Niger this year.

WE DO. THANKS TO YOU.

If you want to support our work at Africa GreenTec and become part of the vision yourself, invest in our crowdfunding platform and empower people to self-determination and growth.