As we walk through the sandy streets of Sirakoro in the heat of noon and ask for Abdoulaye Sidibe, we don’t have to search for long. Everyone knows Abdoulaye. He’s well-known in the village. Even when we meet him “live”, we soon realize that this man is an artist of survival who has already experienced quite a lot.

Abdoulaye runs a small photo shop in Sirakoro. Besides his actual work he earns some extra money from time to time. For example, when football matches take place, he lets people watch TV at his place and demands a small amount of money for it; in a big city, this business model would probably be called “cinema”. Since there are many enthusiastic football fans in the village who do not always have the opportunity or resources to afford a television or electricity, Abdoulaye helps them out with his entrepreneurship. But even at his place, the television breaks down from time to time, because he runs it with batteries like his photocopying machine. 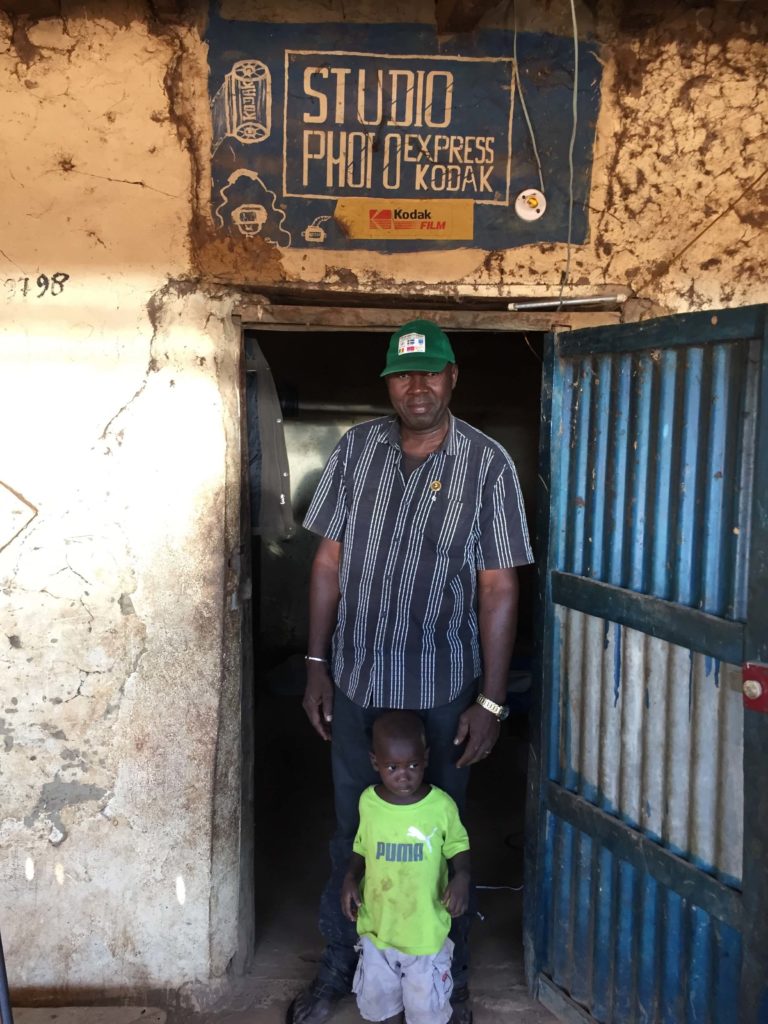 Abdoulaye is a man with many talents

Since he left school, he has been earning money in many different ways. He works as a DJ too. A party is therefore not a party without Abdoulaye. At his DJ desk he mixes the latest hits and makes even the most unmotivated party guest dance. In addition, he is often booked as moderator or animator at smaller events. If a wedding is taking place in the village or a neighbouring village, Abdoulaye and his equipment must not be missing. He takes pictures of the bridal couple and jumps from guest to guest to capture every moment on camera. His videos are also in great demand. The guests can later download the recordings onto a USB stick and have a nice memory that they can watch again and again. His entrepreneurship is known throughout Sirakoro.

For some time now he has also been the second deputy mayor and is appreciated and respected throughout the village. He wants to promote his village with his entrepreneurship and is very committed to this.

Many people see what kind of life Abdoulaye has built for himself and want the same. 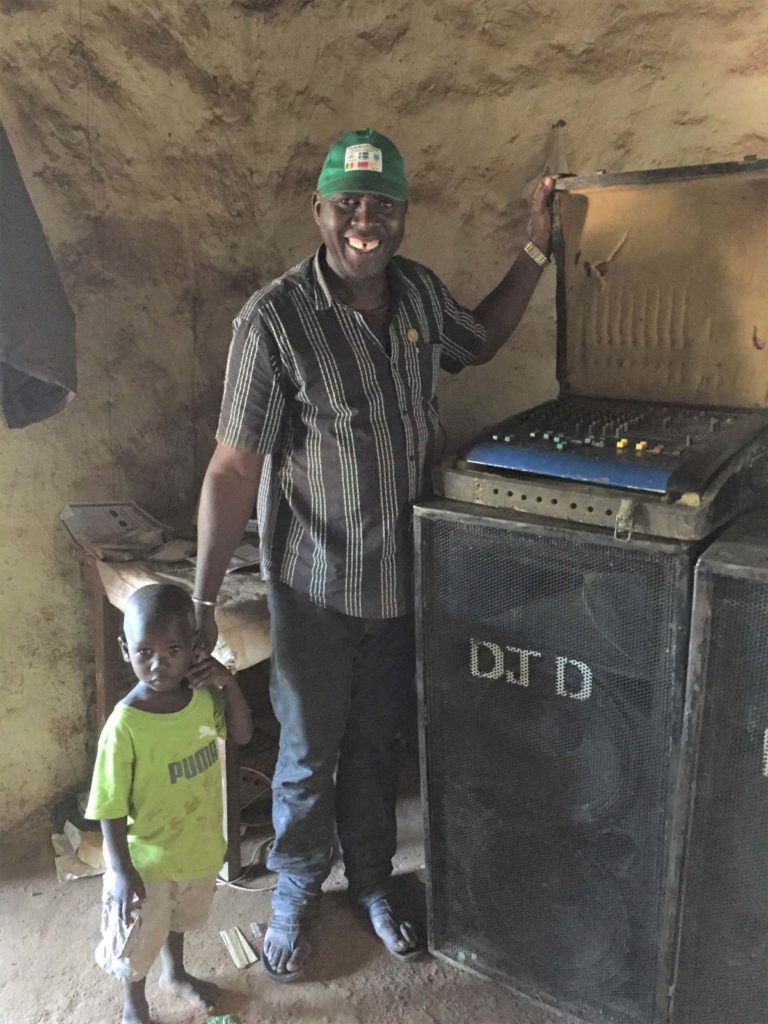 "You can make a lot of money here with electricity. But only if you know how to use it properly. A productive use of electricity is the key to success. Look..without electricity my business would not exist. Only through electricity I can make my music, host events and take photos. This is how I feed my family. The electricity has made me famous here in the village."

At the moment, however, Abdoulaye only uses Diesel generators or batteries, which are not very environmentally friendly and, in the case of batteries, they don’t last long either. The heat of the region is not good for the old lead batteries and their life expectancy is so far below the manufacturer’s specifications. A productive use of electricity is not guaranteed. 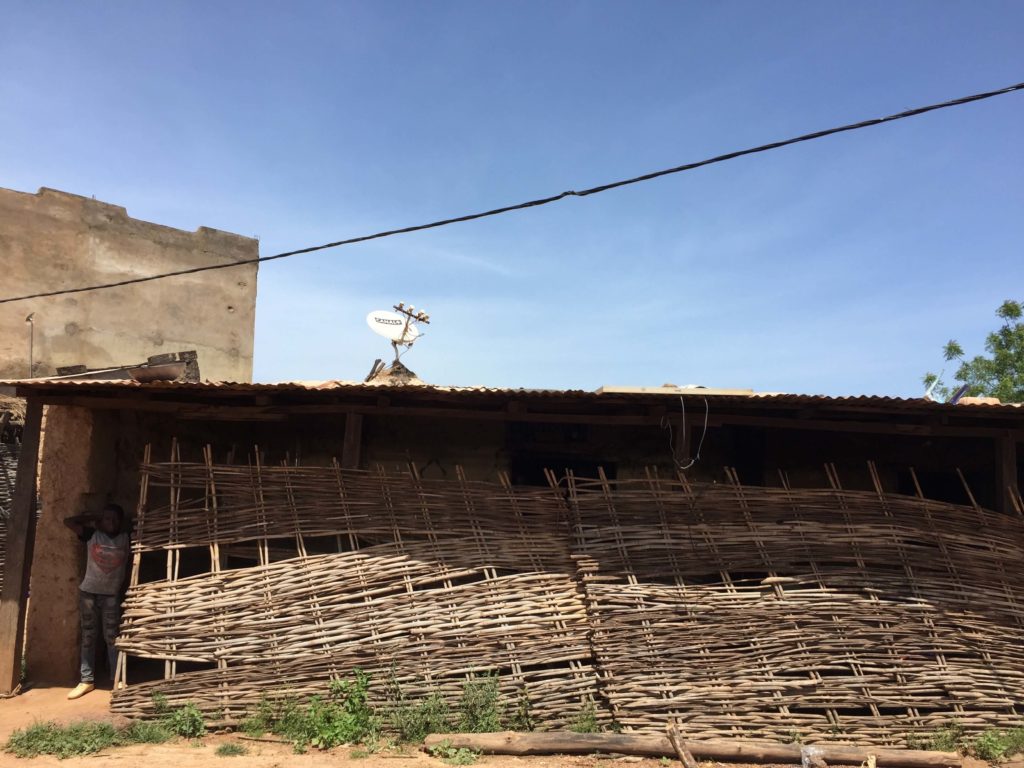 He has three other employees who support him in his various services. He also trains apprentices. People who are interested in his activities come to him and are trained in the field of productive use of electricity.

"I enjoy sharing my knowledge with others. Young people come and go. I have already trained about 8 boys. Two of them are now working as security in a bank, others got married and moved away, and still others, have opened a small shop with photocopiers just like me. Everyone goes his own way. I am training them, but what they do with what they learn here is up to the young people themselves to decide."

Many of the young people in the village give up quickly because it can be frustrating to work with Diesel electricity or batteries. “They have no patience”, says Abdoulaye. Since operating the equipment is very difficult and expensive, most of them quickly look for other business opportunities.

Abdoulaye new from an early age where he wanted to go

For Abdoulaye, it all began with a small camera he bought over 25 years ago. Every afternoon he worked in the field and simply noticed that he wanted something else. He always had a creative streak and just wanted to express himself truly. So Abdoulaye invested in his first camera and started taking pictures and making little videos. He quickly realized that this was his destiny and that he did not want to commit himself to just one thing.

Nowadays everybody has smartphones, so especially the young people don’t appreciate good and qualitative camera pictures like they used to. Abdoulaye finds this a pity and would like to promote art and culture more in his village. 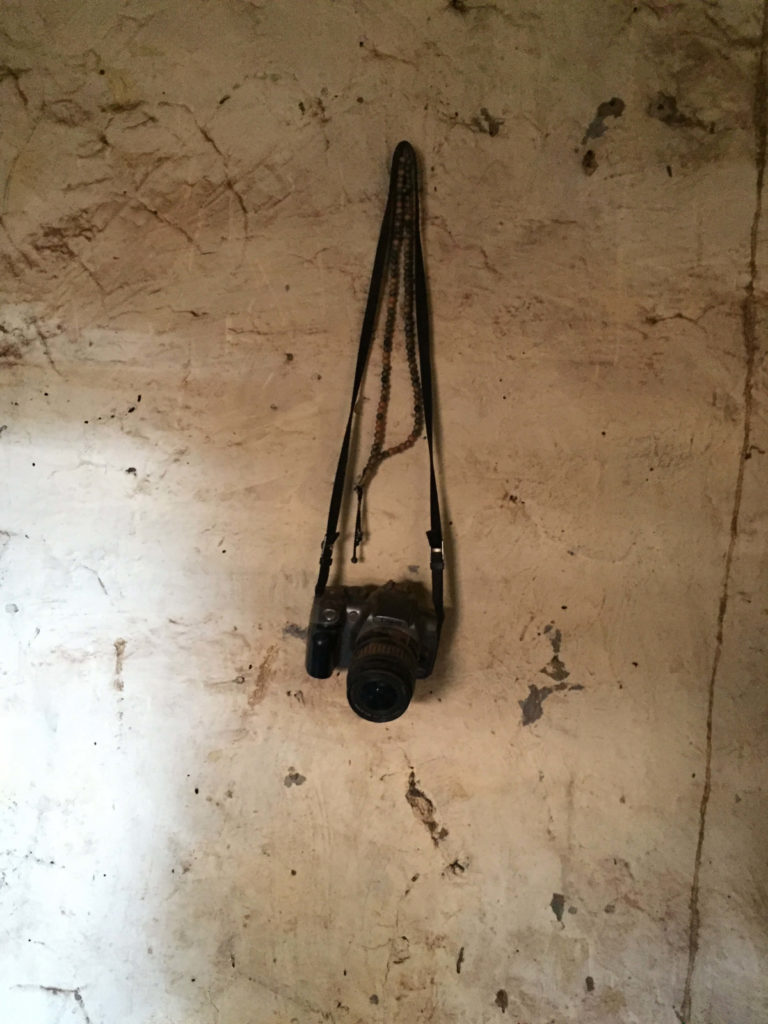 When we ask him what he would do with the electricity from Africa GreenTec, Abdoulaye reacts quite enthusiastically: “I have many ideas. I definitely want to buy a computer so I can edit my photos and videos more professionally. For example, I could add effects to my videos and give my videos an individual touch. I also have a big house, so I want to buy a refrigerator as well. I have many small projects that I could finally realize if I had reliable electricity.”

The uncertainty of the Diesel generator and the short life of the batteries meant that Abdoulaye never dared to invest in other electrical appliances. That’s why the business has fallen asleep a bit. With the electricity from Africa GreenTec he hopes to be able to boost his business again a bit. And not only for himself personally, but for the village in general. Entrepreneurship brings more movement to Sirakoro. Not only financially, but also on the creative and cultural level. 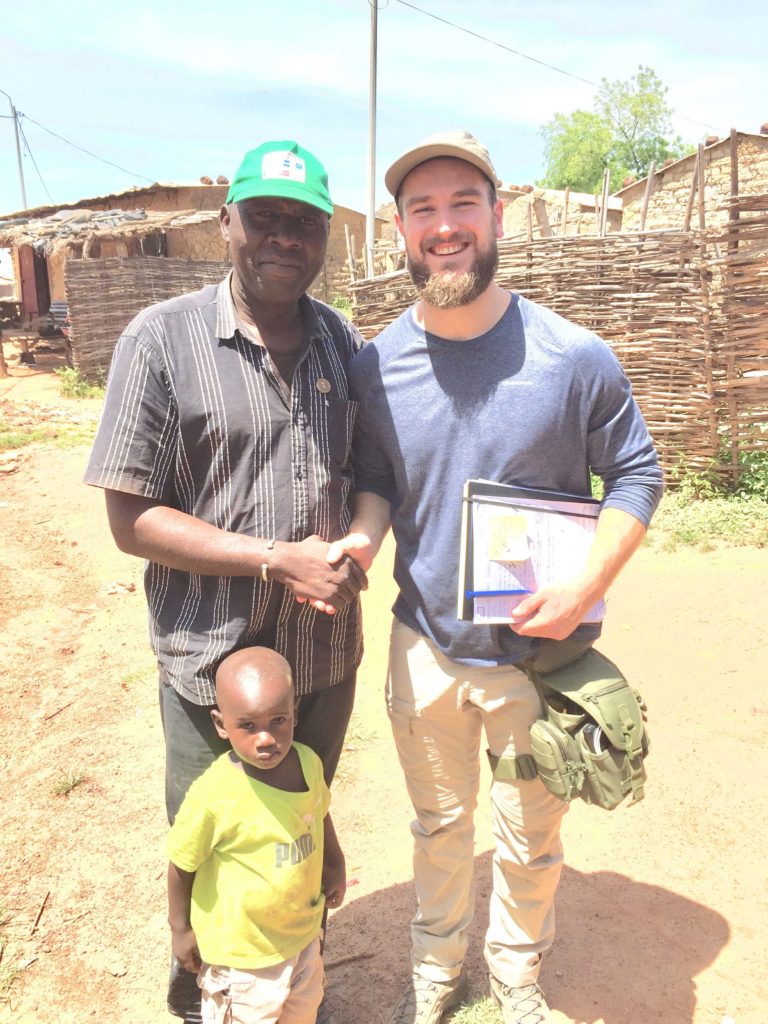 "I love my village! It is the place where I was born and grew up. I want to move it forward, that's why I'm the deputy mayor. We fought for Africa GreenTec to come to our village. And finally we can make a difference by using electricity productively. It is progress when young people can inform themselves through the television about what else is happening in the world. That is important."

Abdoulaye is happy that he is independent and can still work. But the fact that everything is so exhausting and expensive is getting to him. With the electricity from Africa GreenTec he now hopes that things will change for himself and his village and that it will be easier for him to realize his goals for the future through a productive use of electricity. How Abdoulaye’s story continues, you can read soon in the continuation!