Kai is very close to our hearts, because the people there welcomed us with so much enthusiasm and motivation. They have really fought to get electricity. Today we want to take you to the small village Kai with us , where our eighth solar container is located. 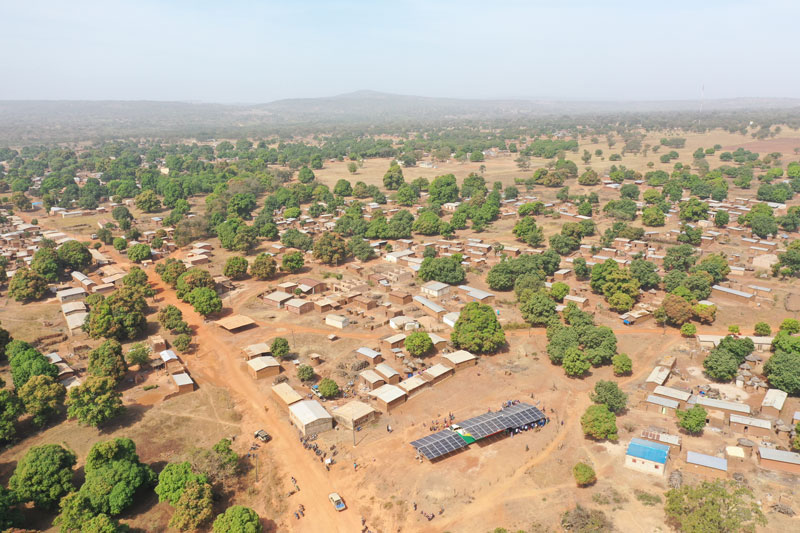 An extraordinary welcome, which left a lasting impression

When we visited the village for the first time with our team, a huge column of 50 young motorcyclists was already waiting for us at the crossroad. All of them were waving and had a big smile on their faces. They came to greet us and to accompany us into the village. Due to the heat shimmering they almost seemed like a mirage in the distance.

In the past decades there have been many attempts to electrify rural regions in Mali. These projects were mostly focusing on diesel generators as power generators or failed already in the beginning of the project. In Kai, the analysis of the circumstances spoke in favour of not electrifying the village as one of the first projects, because the business plan usually had envisaged that only villages with an existing power grid could get a Solartainer.

But the people in Kai were so enthusiastic and motivated that they organized everything to build an electricity grid themselves. Money was generated from the diaspora and with a lot of initiative enough money was raised in the village. Trees were cut down and erected as power poles. So the whole power grid was completely self-financed quite fast. 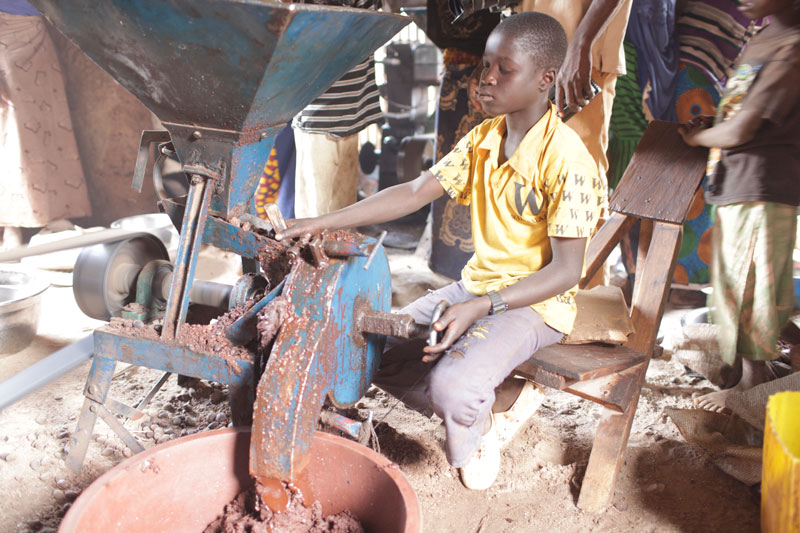 Kai is generally very agricultural. Cashew, mango, peanuts and tomatoes are cultivated among other things. Especially here our cooltainer would be useful for the future. In the whole of sub-Saharan Africa, 40% of the entire fruit and vegetable harvest spoils.

Due to missing cooling chains, a large part of the harvest cannot be stored for a long time and valuable food spoils daily in the sun. 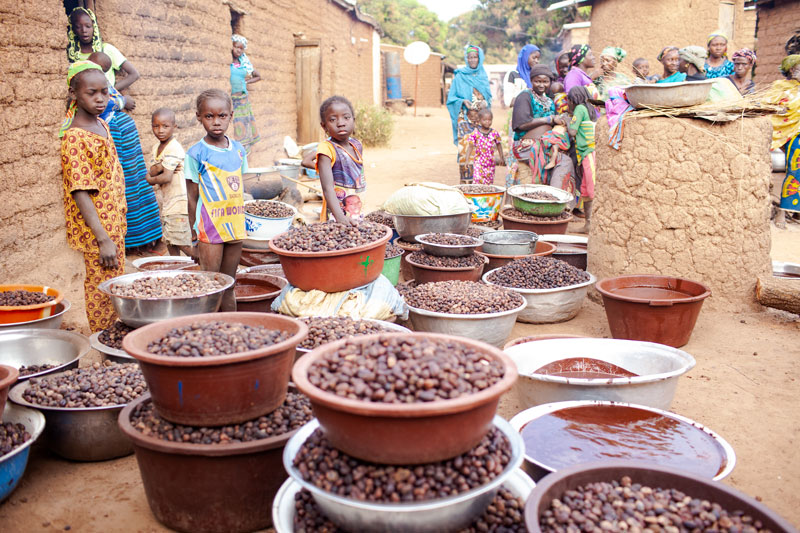 What does family mean?

Since electricity is rarely needed for work in the fields, most of the inhabitants use the electricity privately. Kai consists of many small farms with round huts. In the middle of almost every farm there is a common cooking place. This is quite typical for West Africa. Family in West Africa usually means not only father, mother and child, but also includes neighbours and friends. There is a nice saying that sums up the local attitude to family very well: “It takes a whole village to raise a child.” According to this motto, all the inhabitants of a farm often sit around the stove, eat, drink and enjoy themselves together in the evening. 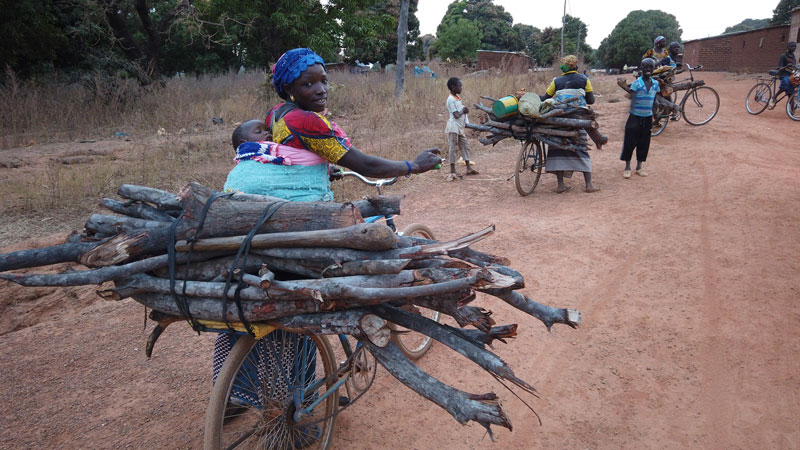 The evening we arrived in the village, there was a big opening ceremony that went on until late at night. There was much dancing, laughing and drinking. The atmosphere was indescribable. After the party we lay awake in our beds until dawn. In our ears still roared the vibrating and rhythmic sound that the dancers sent into the night while stomping on the sandy ground. It was magical. 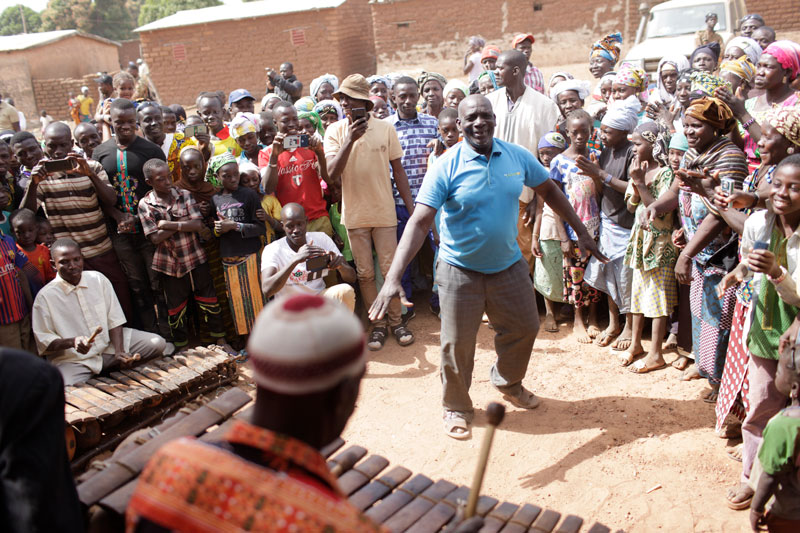 The importance of electricity in the health system

Unfortunately Vincent, our project manager in engineering, was not there. He was in bed with malaria. A few days before we were on the road in the southern region. We started from Bamako towards the south, when Vincent suddenly felt sick. At first everyone suspected just a cold, especially since we had been driving with air conditioning all the time, but with the rising fever, the suspicion of “malaria” quickly arose. But the malaria test was negative, so one day later he went with Aida to the hospital in Sikou and was tested for typhoid fever. The hospital was well organized and with the help of Aida, who could interpret in German and Bambara, communication was also no problem. Vincent was pumped full of paracetamol for the next few days and slowly things started to improve.

How important electricity is especially in hospitals, became more and more important on our trip. How many births could take place risk-free with electricity, how many operations could succeed with a reliable source of electricity? How many doctors could also treat their patients at night in an emergency? All these questions drive us in our work. We want to create sustainable impact, BE A PART OF IT!

In order to stay up-to-date with regard to our work, we recommend you to FOLLOW OUR FACEBOOK PAGE.