October 2019 – End of the rainy season: It is muggy and warm. The humming of the mopeds in the background is a familiar, almost reassuring sound.

Sirakoro has a very special charm. Compared to other Malian villages it is rather “traditional” and not built in a square pattern. With its winding streets, it looks as if it was created naturally and just by itself. The village is divided by a small river, beside which a pond has formed. Many white water lilies swim on the surface of the pond. In combination with the women washing their clothes in colourful robes and the lush green surroundings, the result is an incredibly colourful and paradisiacal picture. 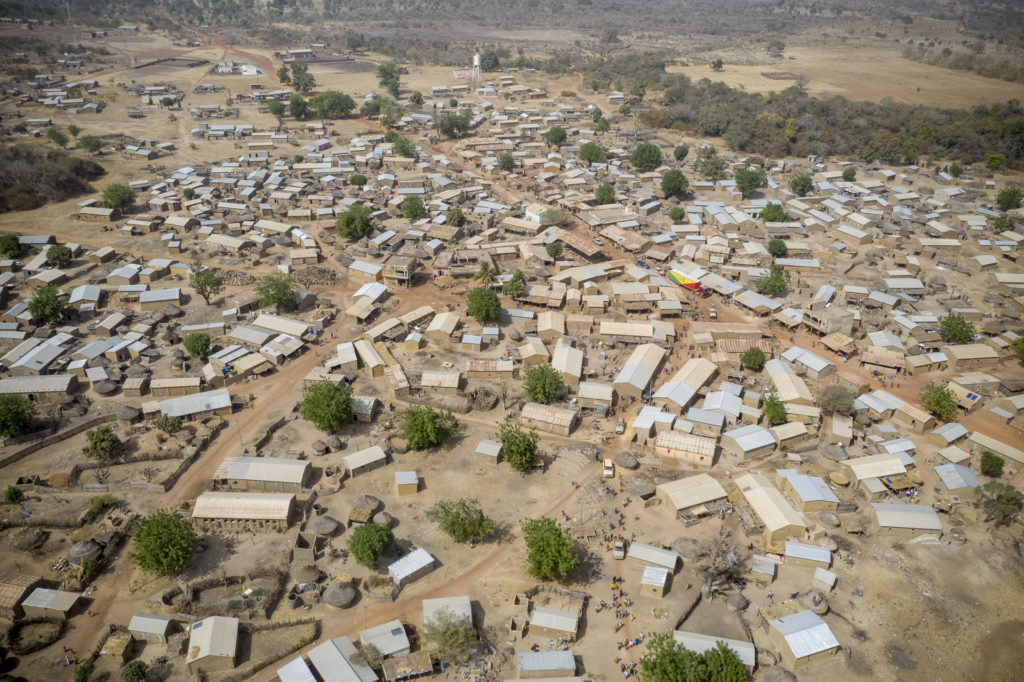 Implementation of a new tool

Africa GreenTec is on its way to Sirakoro with a large team of almost 30 employees to use a new tool for the second time. the tool  is a software that digitizes and simplifies data acquisition. In Sirakoro it is therefore to be used for the first time right from the start.

Six weeks earlier we had already used the tool in Djoliba. During this time we gained a lot of new knowledge about how to use the system. Lorenz (our Director of Engineering) and Jan (Director of Market Intelligence) use it to continuously develop the software, which is not always easy when the Internet connection is constantly interrupted.

The tool makes it possible for our team to also access the data digitally from Bamako. Thanks to this function, we can better structure and control all processes, our communications team in particular was quickly convinced. Our technical team is also enthusiastic and instead of taking down all the information by hand with pen and paper, everyone goes through the village with the tablet and all important things can be entered directly into the system.

The plan was to use the new tool to simplify the processes and thus work faster. In theory, it is quite simple, but in practice it proved to be more difficult in view of the local situation. Our technicians sometimes installed GPS transmitters outside the network, because that’s how it was shown to them on the lists. The connections and the GPS data did not go together. Also, some villagers who wanted a connection were not on the list of prospective customers, while others were simply put on it. In the end, all the teething problems were solved and 200 households were successfully connected. 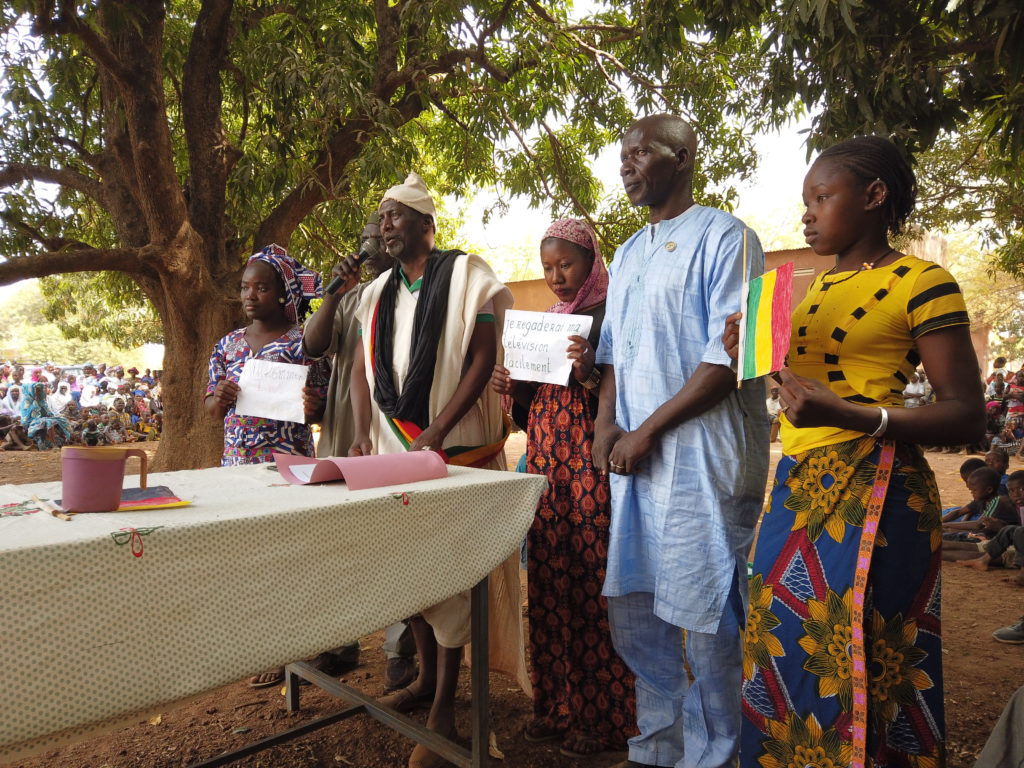 Signing the contracts is not always easy in Mali either, as the illiteracy rate is high and the villagers do not want to sign something they do not fully understand – as is the case in Sirakoro. Some people can read and write, but in Bambara. French is not always understood in written form. In these situations we realize how important it is that our team of employees speaks the local languages and is familiar with the values and customs of the region.

Moreover, there is often general mistrust when we visit a village for the first time. In the past, local people have often been promised electricity by other organisations. In some cases, money has even been collected without the promise being kept in the end.

In Sirakoro, however, the joy of our visit outweighed the joy of our visit and we were warmly welcomed. The village community seemed to be motivated by the fact that we came to their village from far away and with a large team, and they quickly realized that we really wanted to make a difference. Without a solar container on site, the mediation work for our communication team during the first visit was challenging as they could not show practically what to expect from the villagers. 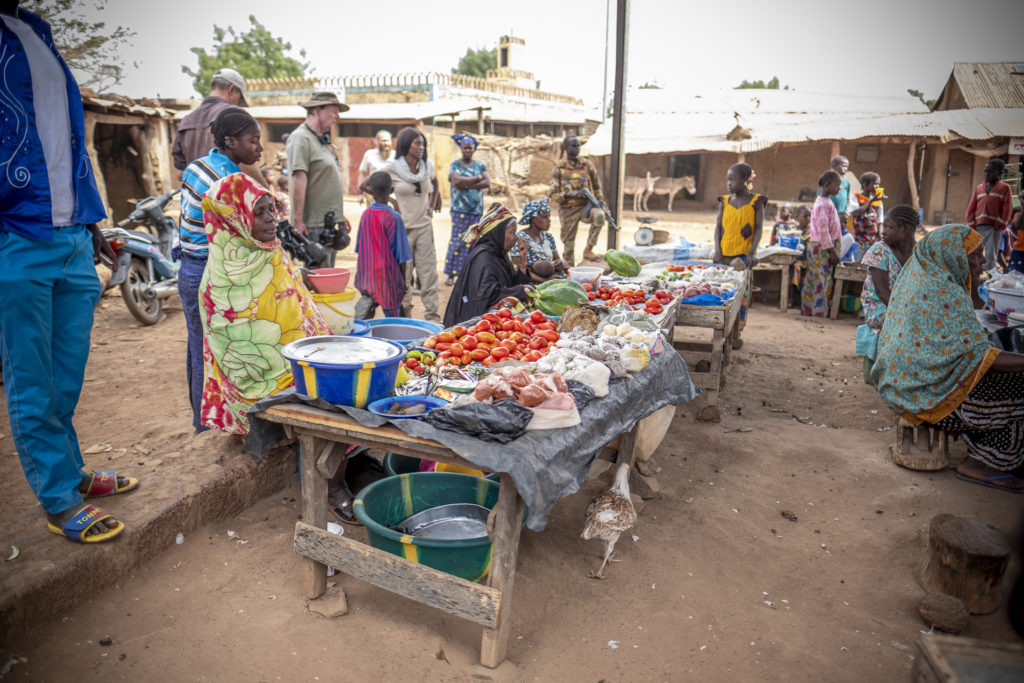 We set up our sleeping places provisionally in tents on the roof of the southern prefecture. Not far from our sleeping camp was the highest building in the village, a three-storey tower from which you could admire a beautiful sunset between the mountains every day – you yourself surrounded by bright green.

To brave the heat, some team members bought “traditional” work clothes. They consist of narrow hand-woven cotton-linen, which are sewn together to form a kind of bugu (loosely falling clothing and typical for men in West Africa). Due to the blue decoration on the beige fabric they are very artistically designed. 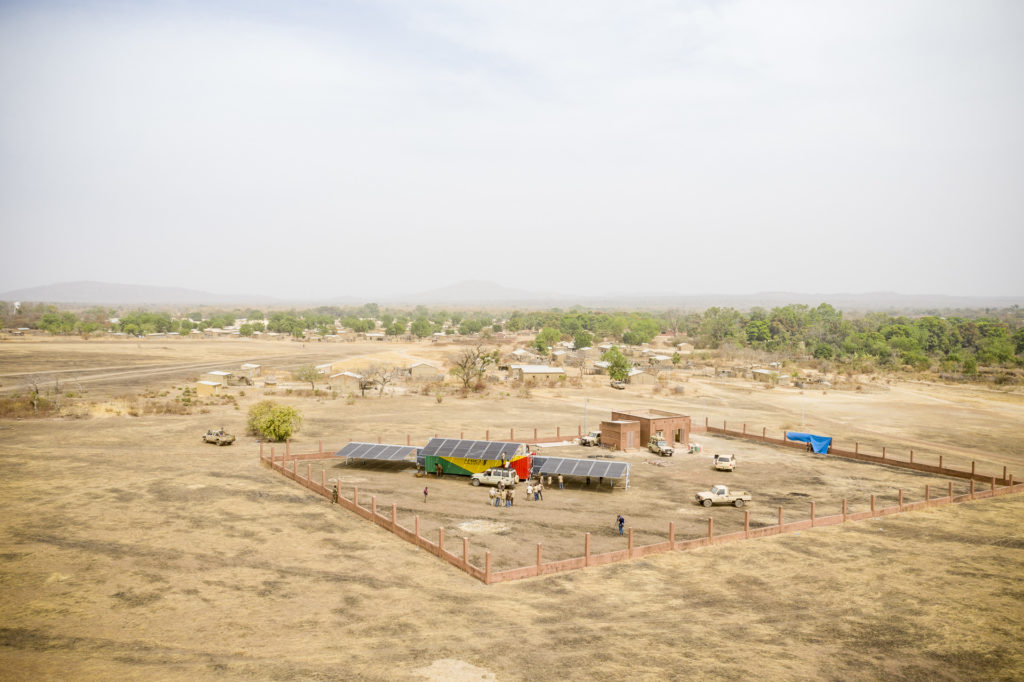 The food in the village was also very varied and the bread typical for the village was very popular. This is a long, narrow baguette traditionally baked in wood-burning ovens. Our insider tip: Very good with meat and sauce – even better with the beans directly from the village.

How the electricity of Africa GreenTec changes the lives of the people, you can find out in our #ImpactStories. For example, Awa Koné has been running a restaurant in the village of Djoliba for a long time, which invites especially the young people to stay. Through the power of Africa GreenTec she has a lasting influence on her village and inspires many others.

Do you have questions regarding the work of Africa GreenTec? On our FAQ page you will find answers to many of the questions we have encountered over the years.

Have you already seen the Deutsche Welle documentary about us?