Since September 2021, Africa GreenTec has a subsidiary in Dakar, the capital of the beautiful Senegal in West Africa. One of the reasons we chose Senegal for a new office is that the country is one of the most stable and peaceful countries in Africa.

Senegal is a secular state with a predominantly Muslim population and a democratic government. Religion and faith take an important place in the daily lives of the people of Senegal. Islam in Senegal belongs to the branch of Sufism. It is the main religion in the country, with about 94 % of the population adhering to it. Christians (mainly Catholics) make up 5 % of the population. Other traditional faiths are officially practiced by 1 % of the population, especially by the Serer, but members of other religions also frequently participate in traditional practices. Freedom of religion is protected by law in Senegal. Senegalese culture is generally religiously tolerant.

This year, Christian Lent, or Passiontide, and the Muslim fasting month of Ramadan take place at the same time.

Christian Lent
Ash Wednesday marks the beginning of the forty-day period of Lent in the Western Church and especially in Catholic-influenced countries. This period is traditionally a time of repentance and conversion and is intended to remind us of Jesus’ forty-day fast in the desert before he began his public ministry. Lent also prepares for the most important feast of Christianity – the Feast of the Resurrection of Jesus Christ (Easter).

Fasting during the month of Ramadan is one of the five pillars of Islam. For practicing Muslims, it means 29 to 30 days of abstinence from sunrise to sunset. The last third of the fasting month is the time of Lailat al-Qadr – the Night of Destiny – when, according to tradition, Quranic verses were first revealed to the Prophet Muhammad. Many Muslims then pray throughout the night, hoping for forgiveness of their sins. In addition, good deeds are especially highly valued during Ramadan. Ramadan is followed by the three-day festival of Id al-Fitr, when the fast is broken, with large family celebrations and gifts.

At our Africa GreenTec office in Senegal, we have both Muslim and Christian employees who are currently fasting. We asked Elsa and Idrissa what fasting means to them and what is special about this time for them. 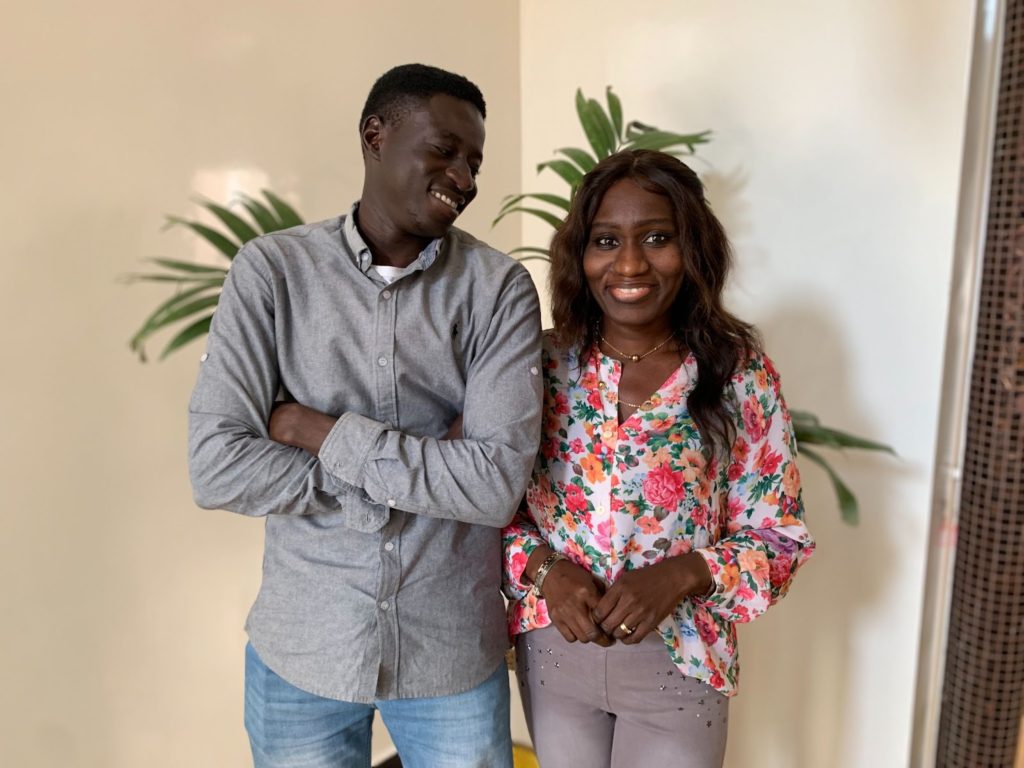 I fast to relate to the sufferings of Jesus and also to be closer to him. It also has health or medical benefits. In the past, Catholic fasting was very strict. Usually you only drink a glass of water and eat one piece of bread a day. It is very hard and you have to be physically fit for it. Nowadays, fasting is very individual and depends on the person who is fasting. There are no standard rules. But here in Senegal, many Christians abstain from food and water during the day. It's not just about abstaining from food, but rather about getting better and better, avoiding sins, and that goes beyond the fasting period. For me, it's a time of meditating and reflecting, questioning myself. You also go to confession and lay down your sins. It's also about communicating with God and sometimes just sitting in silence and listening to God."

Christianity was introduced to Casamance (region in southern Senegal) first by Portuguese missionaries and later by French priests.

The Catholic community is mainly found in Casamance, in the Sérère region and in the major cities (Dakar and Saint-Louis). Their annual pilgrimage takes place in the city of Popenguine. There is also a Protestant church in Senegal, but the number of believers is very small. While fasting was quite strict in the early centuries of Christianity, with only one meal allowed after sunset, reforms over the centuries have relaxed it so that Catholics simply abstain from meat on Fridays, for example, and sometimes from favorite foods such as sweets or alcohol.

For all Muslims who are physically able, it is an obligation to participate in Ramadan. I fast to be closer to Allah (God) and for my wishes to become true. We Muslims fast from sunrise to sunset. But it's not just about abstaining from food. We learn to have empathy for those who do not have the privilege of eating one or more meals a day. We give up passions and it brings the community together."

Islam has been present in Senegal for more than 1,000 years and was introduced by the Kingdom of Takrur. The first people converted as early as 850 through contact with Muslim traders from the north.

During Lent, on Fridays, "The Way of the Cross," which are the special stages in Jesus' life, are reenacted in church. It's quite nice to remember the sufferings of Jesus. During Lent, everyone makes a special effort and maintains an extremely peaceful coexistence. Everyone just wants to have a good time and is nice to each other."

For Christians, Lent ends this Sunday with Easter. Muslims fast for a few more weeks. Ramadan begins and ends exactly when the crescent moon is visible again for the first time after the new moon, which varies from country to country.

We are grateful that peaceful coexistence is possible in Senegal and that this is also reflected in everyday life at Africa GreenTec. We wish our colleagues continued strength and joy in fasting and happy holidays with their loved ones.